Clingingsmith D. and Williamson J. (2008) The world conjuration against the Indian industry 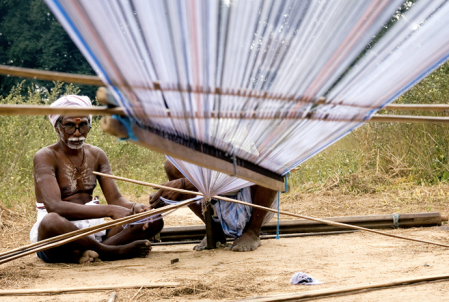 Between 1700 and 1900, India went from being an industrial powerhouse to forgotten backwater. Why didn’t India manage to retain its edge and how did Britain overtake the giant? END_OF_DOCUMENT_TOKEN_TO_BE_REPLACED

Maitte C. (2009) Migration and secrets of the glass-making communities 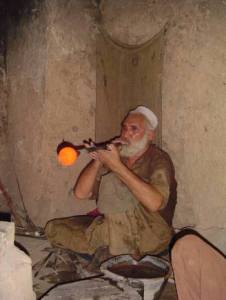 The first book dedicated to the “secrets” of glass-making was published in 1612 by the Italian priest Antonio Neri (p.202). Numerous authors during the 16th century had undertaken to reveal the secrets of several industries, in particular metallurgy but alchemy (p.203).  These books had theoretically the ability to go beyond the usual oral father-to-son or master-to-apprentice transmission of techniques (p.206). END_OF_DOCUMENT_TOKEN_TO_BE_REPLACED

For mercantilists, gold and silver are not just mediums of exchange but the most tangible form of wealth (store of value) and a country’s veritable life-blood. In their view, the economic contraction of the later 14th and 15th centuries were caused by the outflow of precious metal to the East (p.905). But according to J. H. Munro, there was no such thing as a ‘bullion famine’, at worst some “periodic scarcity of coined money” in 1320-1340, 1370-1420, and 1440-1470 (p.906). END_OF_DOCUMENT_TOKEN_TO_BE_REPLACED

Çizaka M. (1980) Europe and the desindustrialization of the Ottoman Empire 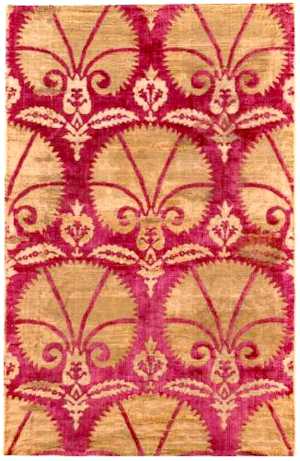 “The Ottoman Empire, which covered most of Eastern Europe and the Near East in the sixteenth century, did not escape the worldwide inflation that is generally known as the ‘price revolution’” (p.533). The price series of this article are based on the estimates made by the kadi of the Bursa court in numerous inheritance cases (p.535). Raw silk prices jumped from 73.8 akçes on average in 1550-70 to 290.4 on average in 1620-40, a 293% increase (±8.5% yearly inflation; p.536). END_OF_DOCUMENT_TOKEN_TO_BE_REPLACED 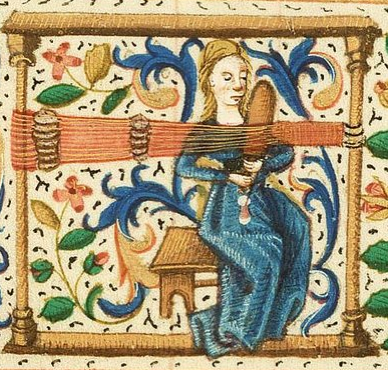 “The growth of rural and small town textile manufactures for regional and supra-regional markets was among the most significant features of the late medieval economy” (p.106). It is usually assumed that this phenomenon arose due to the diseconomies caused by the inflexibility of the urban craft guilds, using the available underemployed rural workforce, and to respond to the increased popular demand for consumer goods following the shift in terms of trade between capital and labour which followed the Black Death. END_OF_DOCUMENT_TOKEN_TO_BE_REPLACED

While medieval and Renaissance Venice have fascinated historians, less has been written about the city in the 17th century. This book is about the community of the workers of the Arsenal (aka the arsenalotti) from 1620 to 1670.

The Arsenal was created in the 1100s and grew steadily until the 1300s. By that time, it had became a production plant and warehouse reaching a dimension unique in Europe. END_OF_DOCUMENT_TOKEN_TO_BE_REPLACED

Introduction
Languedoc hosted France’s (and potentially Europe’s) largest pre-modern concentration of textile textile production (p.61). Yet it does not fit in F. Mendel’s proto-industrialisation model: it was mostly a urban phenomenon, which dated back from the Middle Ages and it did not lead to a regional Industrial Revolution after 1800 (p.62). END_OF_DOCUMENT_TOKEN_TO_BE_REPLACED

Boschma R. (1998) What caused the rise of new industrial clusters in Italy after WWII?

This article is available online

The Window of Locational Opportunity- (WLO-) concept “accounts for dynamic and accidental dimensions of new industrial development in space (… which) tend to open up in the event of new techno-industrial developments”. Can this concept explain why the post WWII wave of urbanization in Italy happened in the so-called Third Italy [1] and not in the Northwest, the traditional industrial core or the South (p.3)? END_OF_DOCUMENT_TOKEN_TO_BE_REPLACED

Will a fourteenth-century industrial district deafeat the subprime crisis?

Today in the FT’s Comments section an excellent article by Peter Marsh showing the significant effects historical factors such as location of industrial districts can have on contemporary businesses.

Draw on a map a circle of 200km radius and centred on Lucerne, Switzerland, and you see the Alpine Ring. What this represents holds valuable lessons for the world as it tries to fight its way out of the economic crisis. END_OF_DOCUMENT_TOKEN_TO_BE_REPLACED

What did the New Deal really do?

A podcast from the Cato Institute with Thomas A. Firey on the effect the F.D.R.’s New Deal had on the Great Depression.

Carville E. and Hoffman R. (1980) Why did industrialization happen in the North not the South?

Traditionally (so-called Habakkuk thesis), labour shortage is said to be the cause of the mechanization of the American agriculture in the early 19th century. The authors have compared the Northern grain-belt, the South slave-based and the English agriculture to check that claim. In the North (monoculture), extensive use of labour was only necessary for the harvest, which created an available and cheap workforce for the urban industries, and allowed savings to be invested in mechanized agriculture. In England (diversified agriculture) and in the South, the labour season took most of the year hence the wages were going up. In the English case it hindered the use of machinery in the agriculture and in the South the industrial take off all together. END_OF_DOCUMENT_TOKEN_TO_BE_REPLACED