More on US public debt

Here’s an impressive infographic by the Chicago Tribune, on the national debt of the United States, 1940-2010.

It’s Friday night in this side of the Western hemisphere, so, what the heck. I think you might find it funny. Here’s a bit of U. S. public debt history.

Found via The Big Picture.

Caporale T. and Grier K. (2000) On why the sheriff still matters 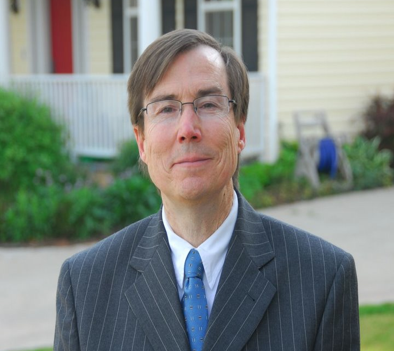 A number of influential macroeconomic models, from Keynes to the monetarists, assume that real interest rates (i.e. discounted for inflation) change over time and are sensitive to their political environment, other words that they are policy variant. However this assumption has not been empirically tested, should this assumption be in fact contradicted, it would have important repercussions on these models’ viability. Moreover, the policy-variant hypothesis apparently conflicts with Eugene Fama’s conclusion that the mean of the real rate is essentially constant (p.322). The literature has found to match Fama’s views more closely with reality: real interest rates are “essentially constant over long periods of times but subject to infrequent mean shifts that are not related to policy regime changes”. END_OF_DOCUMENT_TOKEN_TO_BE_REPLACED

I haven’t been able to write much since the equivalent of a permanent shock affected my production function as well as its slope (break ups are always hard, being the dumpee is even worse, in the long run we are all dead).

I’m slowly regaining use of my cognitive functions. For I don’t want to leave Ben alone in this blog any longer, I thought of posting two maps showing the growth of two retail corporations in the US: Wal Mart (1962-2006) and Target (1962-2008).

This might interest fans of urban and regional economics (or not). Anyway, I promise that the quality of my contributions to this awesome blog will increase. Just have a little faith on me. 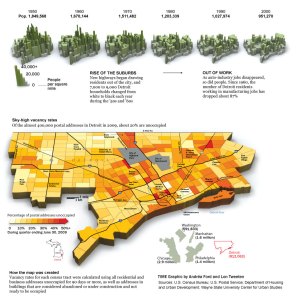 Time Magazine has an interesting article by Daniel Okrent about Detroit’s fate. What was once known as America’s Arsenal of Democracy and became the fourth largest city in the United States, shows signs of accelerated decay. Unemployment rate is almost 30%, business is all but (almost) shutdown, and the town of Robocop has nothing but a gloomy future. What is relevant in Okrent’s piece is his discussion on the political economy of Detroit’s failure. Populist politicians, overconfident automobile companies and pampered unionized workers intertwined to make of this Michigan city a urban disaster. Check out the pics of Detroit’s remains by Sean Hemmerle. They’re quite scary.

In only seven years, from 1788 to 1795, the US underwent a dramatic financial revolution; starting from scratch and swiftly acquiring all the key components of a modern financial infrastructure. By the time the westward expansion and the industrial take-off were ready to swing into action, a strong financial system was there to back them (p.62). But what allowed the US to develop these instruments? END_OF_DOCUMENT_TOKEN_TO_BE_REPLACED

The Wall Street Journal presents a neat infographic on the new jobs of Lehman’s executives after its bankruptcy in September 2009.

How much household income has received the top 0.01% of Americans since 1913?
Here‘s a graph in Paul Krugman’s blog showing it.

The richest 0.01% individuals in America and their income

The graph was made with the tables and figures updated to 2007 prepared by Emmanuel Saez, Professor of Economics at the University of California at Berkeley and the most recent winner of the John Bates Clark medal.
END_OF_DOCUMENT_TOKEN_TO_BE_REPLACED

I have finished the last details of the website for the Mexican Economic History course  at UNAM, of which I am a teaching assistant. Here is part I and here is part II. I’m pretty sure the bibliography in the course is a neat overview of recent economic history in this country.

By the way, here’s an article published in the Washington Poston about rising unequality in the USA by Gregory Clark, Professor of Economics at UC Davis and author of A Farewell to Alms. A Brief Economic History of the World.

A little bit of marketing history

By the way, there’s a Hartman Center for Sales, Advertising & Marketing History in Duke’s Special Collection Library and a Conference on Historical Analysis & Research in Marketing, if you want to know more about marketing history.

The very first object on display—the oldest in the collection—proves that man bags are nothing new. It is a 16th-century pouch made of creamy white kid skin. The surface is decorated with rosettes and 18 tiny pockets of the same soft leather. It was probably made for a travelling merchant. At the time men’s clothes did not have pockets, and the bag provided a quickly accessible sorting system for multiple currencies, each pocket reserved for the coins of a particular city.

That’s it for now. I can’t wait to read Ben’s opinion on the WEHC in Utrecht.